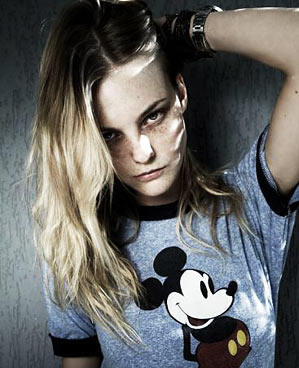 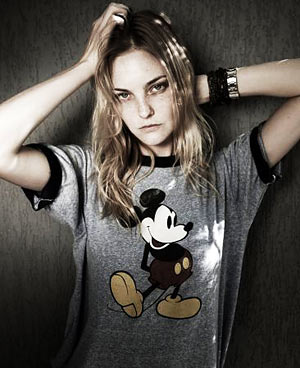 She has captured the fashion world with dedication and without egocentrism. From the humble girl of Panambi, small town of Rio Grande do Sul, to prestigious top model, Carol Trentini, at 21, from Way Models agency, has already been on the cover of big important magazines and has posed to three big photographers: Mario Testino, Patrick Demarchelier and Steven Klein.
This month, for the second time consecutive, the model came to Brazil to fulfill her professional commitments. She posed to the Forum ad campaign with the king of porno fashion, the photographer Terry Richardson, and now she's in the campaign of the new clothes line that the designer Reinaldo Lourenço is developing for C&A.

Muse of the powerful Anna Wintour, US Vogue editor, the Brazilian top model is also on the cover of the last issue of the publication, with other important models and is pointed as one of the most promising models of the new generation. To have an idea, the model is in every issue of the magazine. She was the only model to seat at Anna's table in MET gala ball and has her name underlined alongside other models in the exposition about models that is on Metropolitan Museum, in NYC.

With a vintage Mickey t-shirt, Redley short jeans, Balmain jaguar sandals and Rolex watch, Carol Trentini took a break in her schedule to talk with exclusivity to Terra and give some details of the fashion world.

Terra: You're with a casual look. Is this the kind of clothes you like wearing?
Carol Trentini: I like comfort when I dress myself. I almost never buy clothes; I've earned everything I've got.

Terra: How was to work with Terry Richardson for the first time?
CT: It's funny, Terry and I are neighbors in New York. I always meet him at the supermarket or when he's walking with his dogs, and we never worked together. I think our first professional experience was very interesting. The pictures of this work are beautiful, a little sexy that is Terry's typical style and it is what everybody from the fashion world loves.

Terra: Is that true that one of your aims is to fight for more works in Brazil?
CT: Despite my busy schedule abroad, I want to work more in Brazil. I'm living a new phase of my career. I've already learned everything about the profession and I know very well how to manage it. In this case, I'm being able to choose better the works I'm going to do and Brazil is always in my plans.

Terra: From the humble girl of Panambi to top model in New York. Has that transition influenced in any way your personality?
CT: I've always been shy and very simple. Despite achieving what I've got until now, I haven't changed my personality. I think I've grown up in the middle of that transition.

Terra: Have you passed through any kind of financial difficulty?
CT: My mother has always worked very hard and despite all difficulties, food has never been lacking on our table. When I was invited to become a model, I embraced the cause and told myself: I'm going to win and help my family. And that's what happened. I always thank the opportunities I had and I got happy to be able to give something in return with my family.

Terra: You lost your father very early. In any moment you missed a paternal figure?
CT: My mother always knew how to execute both roles very well. Actually, I have a godfather that took care as his daughter and in this case I transferred my attentions to him.

Terra: You were discovered by a scouter. How as your reaction when you were approached to be a model?
CT: I was very frightened, because I didn't know very clearly how it was to be a model. I used to live in a small city, with just a little fashion information and I didn't understand very well what that was. I've always been very close to my mother and she motivated and supported me.

Terra: The first work we never forget. What was yours?
CT: I came to São Paulo in an excursion with a bunch of girls and I ended up staying in the agency apartment. My first work was a showroom of Carlota Joaquina. In that time, Dudu Bertolini used to work there and I got 130 reais (about 65 dollars) in exchange of clothes (she laughs). I took two tops and got very happy.

Terra: Have you been rejected to a work?
CT: I don't like that work, rejection. I think that getting a "no" is common everywhere. I've already received many "nos" and I still receive some. In this case, it's very important to work your self-stem.

Terra: Have thought of giving up of your career in any time?
CT: I've already thought that, but I was strong. In my first week in São Paulo, I cried in the laundry of the apartment, because I didn't know the city and anything about the fashion world. But I learned how to deal with the difficulties and said: either I return to Panambi and go back to my studies or I really get into this. I chose the latter.

Terra: An unforgettable work.
CT: I owe a lot to Steven Meisel (photographer). It was him who taught me everything I know today. Another important work was my first one for US Vogue that I'll never forget of.

Terra: Talking about that, what's the impression you have on US Vogue editor, Anna Wintour that has the fame of being tough?
CT: We both have always got along with each other. She's very professional, I even admire her for being the woman she is and mostly for the important role she plays in the fashion work.

Terra: Who are the most important photographer you have worked with?
CT: David Sims, Patrick Demarchelier that is so sweet, Steven Klein, Mario Testino, now with Terry Richardson and Irving Penn that is a legend of photography. He draws me before shooting me and say beautiful words like "you're my heroin of the photo".

Terra: What's your expenditure dream?
CT: I hate airports and I'd like to have a private jet. Who know someday (she laughs). 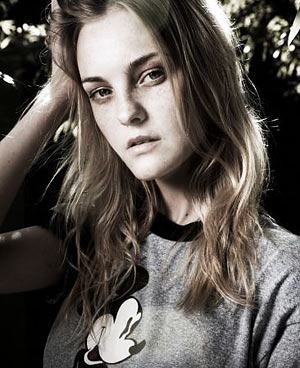 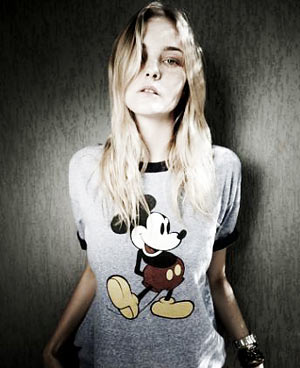 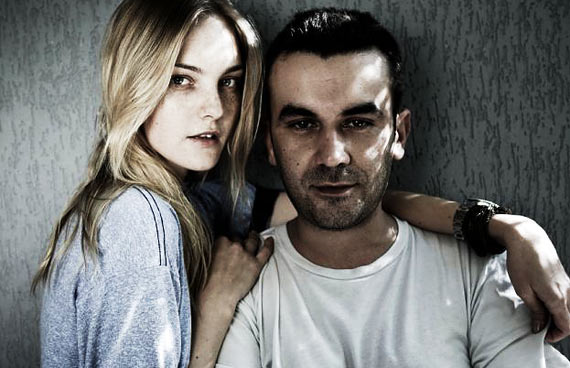